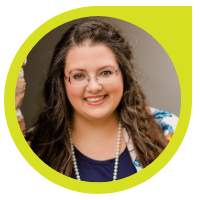 Code of the Unregistered

Hey y'all! I'm Dani, a creativity and goal coach as well as an author of paranormal, sci-fi, and steampunk--usually with romance flavors (under my Cera Daniels penname).   Heyhi! I'm Dani and I'm a goal coach for creative folks! I have 3 novels and 2 short stories published--paranormal, sci-fi, and steampunk. I'm working on getting 2 more novels drafted this year, one a paranormal steampunk with electrical-wielding aliens, and the other the third in my superhero romance series. *insert kermit-keyboard-flail* I've done NaNoWriMo since 2006 (as a Municipal Liaison for 7 years). I was a technical writer and Q&A manager for software for 15 years...but due to health issues now I work from home doing writing workshops as well as one-on-one coaching for creativity, project plans, and getting past overwhelm to get books written!   On Twitch I do brainstorming & writing streams, as well as occasional story-heavy game sessions (VNs, Shadowrun, etc.). (Hey, okay, I die a lot when playing video games...mostly bc I fall off of things...but I'm a sucker for cuteness, shiny objects, shadowy secrets, and good storylines.)   My favorite writing process is world-building, followed only by getting to know a new character's voice. Both involve me talking to myself, my husbando waking up with sticky notes on his forehead (hey, it was once! no need to keep me banned from writing in bed!), and my kidlet staring at me like my brain's exploded out of my head and bounced around the room. I just tell her creativity is messy. :D   I caffeine and give virtual hugs.

Add to this list heaps of B movies, Trek and Wars and Indy, and follow it all up with a heaping helping of kaiju, that should about cover things. :D

I am woefully underrepping my anime favorites and adding to that list constantly :D

Aside from fiction, I have a number of favorite witchy books...and a collection of themed thesauri that I actually do read just for funsies from time to time (as well as reference, of course lol!).

If an author is on this list, it is safe to assume I've read and devoured everything they've written and also have their books on my keeper shelves. :D

Board/Card Games   Video Games   I have too many of all of these. Just. Too many. (And never enough, amirite?)

Wheat of the Lord

Brannoc was a peaceful place, nestled in the foot hills of mountains and away from the ever evolving and changing world.

Cory is in way over his head... can you save him?