Which would you risk: returning to prison or angering a supernatural being? 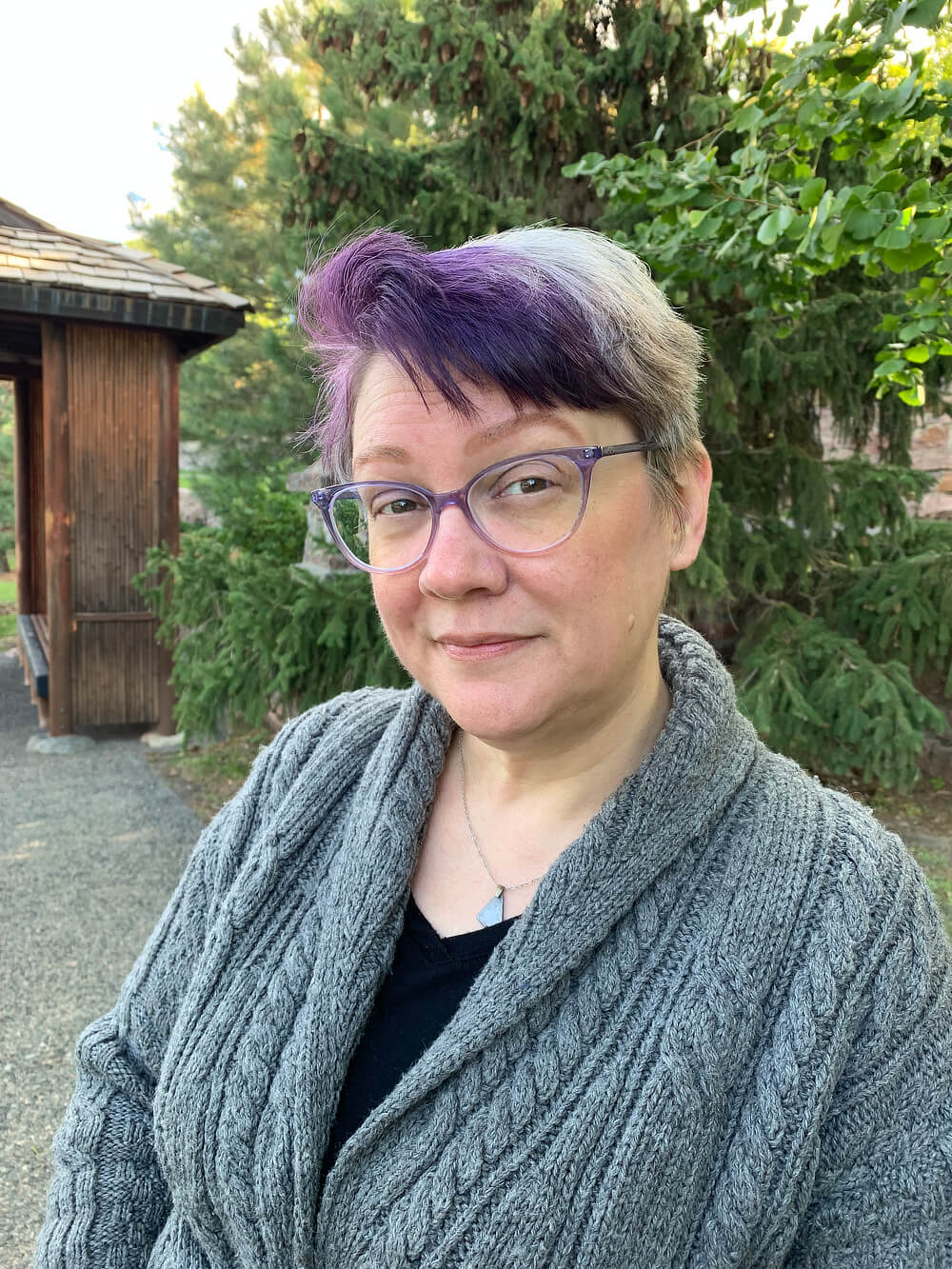 Amy Winters-Voss is a former programmer who writes Japanese myth-based urban fantasy to reconnect with the country and culture that captured her heart.

An ex-gangster. A mysterious old woman. A mythological world of magic and danger hiding behind everyday life.
Fresh out of jail, Umeji Tatsuya seeks redemption in a small town, far from his Yakuza ties. He’s barely moved in when the town’s feisty dowager, Nakamura Hisako, discovers the tattoos that mark him as an ex-mobster. She hounds his every step as she tries to make him leave, but Umeji is determined.   Seeking a break from the ridicule leads him to an out of the way shrine where he discovers Nakamura has a secret of her own: she's a kitsune, an ancient fox spirit—like in the stories Umeji read when he was a kid. But Nakamura is undeniable proof that those tales are true and mythical beings blend in among human kind.   Nakamura offers a truce. Keep her secret and she'll help him forge a mob-free future, starting with learning magic. Just when things are looking up, Umeji’s training is interrupted. Date, a kitsune with a centuries-old grudge against Nakamura and a taste for turning former Yakuza members into vicious ogre-like oni to do her bidding, brings destruction in her wake. Worse yet, the one person who could drag Umeji back into the mob shows up on his doorstep, under Date’s control.   Is Umeji the next victim in Date’s sights? Or is there more to this magical threat than he wants to believe...
Rise is the first book in the Liminal Chronicles series.
Buy now and enjoy Umeji’s action-packed journey into Japanese myth, personal redemption, and found family.

“Overall, Rise: The Liminal Chronicles was a fascinating read that explored ancient magic, Japanese mythology and culture, and deep down, the ability of one man to start over anew. The story was well written and engaging, and had me constantly wondering what would come next. It was a story about change and redemption, one that touched both my heart and soul.”

— Ellie Mitchell author of the Legends of Peradon series via Goodreads, ★★★★★

“Imagine a world where all your favourite stuff about Japanese mythology, anime, and magic kung-fu movies come together with gritty urban fantasy in modern Japan. This is the world of the Liminal Chronicles. It’s a book I didn’t know I needed, but now I need more!”

“Must read: An engaging fantasy inspired by Japanese mythical lore. Great characters with a fast paced story...Which readers would I recommend Rise: The Liminal Chronicles to, all readers. But especially those that enjoy anime and manga, or are interested in reading them. You may not enjoy this novel as much if you do not have an interest in either of them. While reading it felt like I was watching a movie.”

Target audience
Character Ages
Pitch
An ex-mobster must face the consequences of breaking a promise to his parole officer which will cost his regained freedom or angering a powerful supernatural being.

“Once Yakuza, always Yakuza. The tattoos mark you for life.“   “I don’t care how handsome or how lonely you imagine he is. I’m telling you this as a friend. Stay away from him.”   “I-I have a lot to atone for. This is a start.”   “Listen Umeji, I was the top club host in Osaka before I moved here to remake my reputation. Spent years telling people what they wanted to hear. I know damned well when someone isn’t speaking the whole truth. “   “...he and I made a deal. I’d be his volunteer parole officer as long as he was frank with me. I can handle all manner of things, but not deception.”   “And you’ll go to prison for a secret this old lady asked you to keep?”   “I witnessed something. Walked in on it after the tree fell, and I heard a scream—an event I have a hard time understanding. Maybe from the spirit world.”