All blog posts for the launch book tour and promo are complete! So I did the last of the big tasks. Now it's much closer to hang on for the ride and be present!   Submitted to Draft2Digital. So my ebook is available in quite a few places now. Details on ordering are in the article block link below.

Book progress + Find out where to read the Liminal Chronicles books.

Jaime Buckley did an outstanding commission for me! Thanks to him, we have a coloring page for the Color Along on my April 21 stream (1 PM CDT). Here's a quick sneak peek. 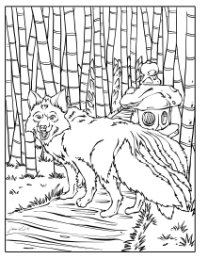 For anyone who chooses to pre-order Rise, I'll encourage you to enter the giveaway. I had a lot of fun putting together the grad prize pack and ensuring to represent both main characters. There are special prizes for the first 10 people to enter and a participation prize for all. See the link for details. 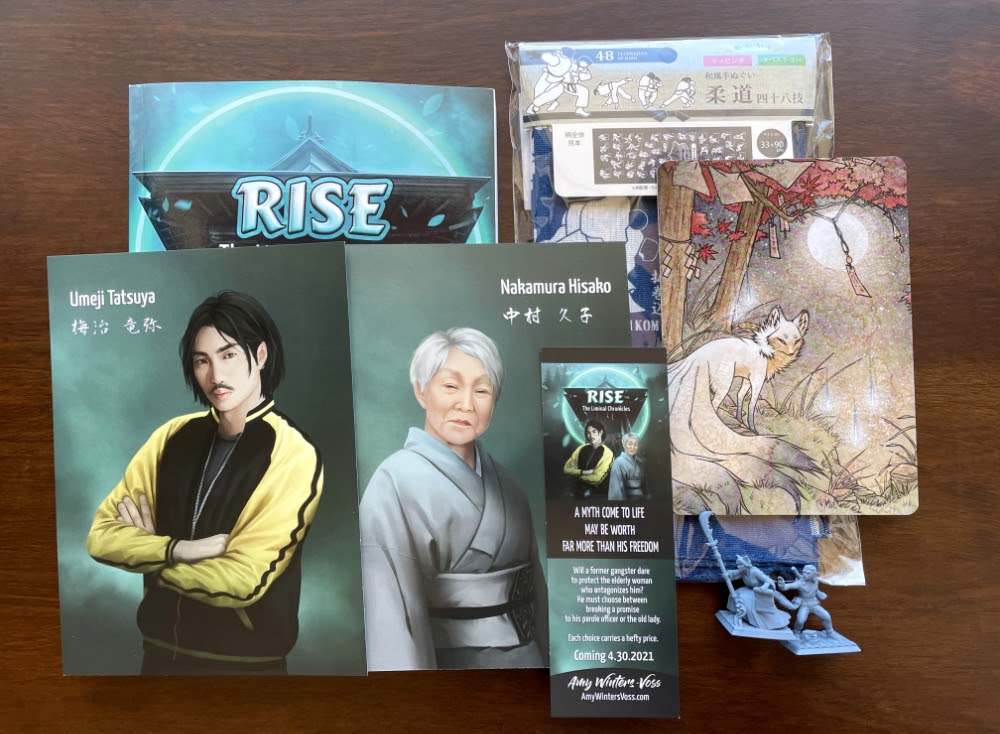 One last happy tidbit, the print copies for me to sign for release day will arrive in a few days! I expect to do a live unboxing.

Street Team Challenge #3 will be to help spread the word about the stops on my blog book tour and my book pre-order. Prize Drawing is for this 4x6 inch Okina Print. Details in the Street Team page. If you want to participate in the raffle, please join the Liminal Chronicles Discord. 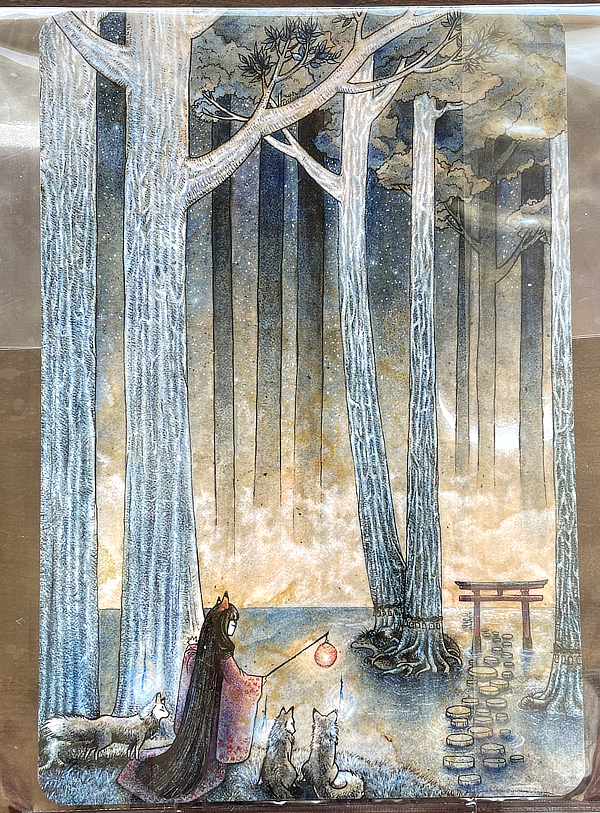 Monday, April 5
We'll have raffle for the second of related genre or topic books I enjoyed reading. Laura VanArendonk Baugh kindly donated a copy of her ebook The Songweaver's Vow: An Epic Fantasy.
Plus last pass of edits for Duel of a Lifetime for Two Swordsmiths Part 2.
Wednesday, April 7
Writing (story TBD)
Friday, April 9
WA will host a giveaway (stay tuned for details).
Saturday, April 10
Craft and Chat - We'll have week #3 of the Street Team Challenge drawings.
Upcoming tutorial streams will include: I'm not sure which one will be the 4/23 stream. But they will both happen.

I realized the temple didn't have an article, yet that location is pivotal in Rise. So I remedied the lack of article. On Wednesdays I'll release the special book launch posts. April 7th's was the first about what influenced me to write Rise.

'Rise' Influences and How the Book Came About

Want to know the inspirations behind Rise?

The sole Buddhist temple in Nonogawa

Covid Shot is Tougher on the Younger Ones

Our family is finding that the Pfizer Covid shot is harder on the younger people. My poor son (age 20) was the sickest he'd been in over 15 years. We were just short of hauling him to the hospital, his tummy troubles were that violent. I'm just saying this to warn other parents out there. The shot effects will probably be easier for you than your kids. Keep some ginger ale or ginger beer on hand! 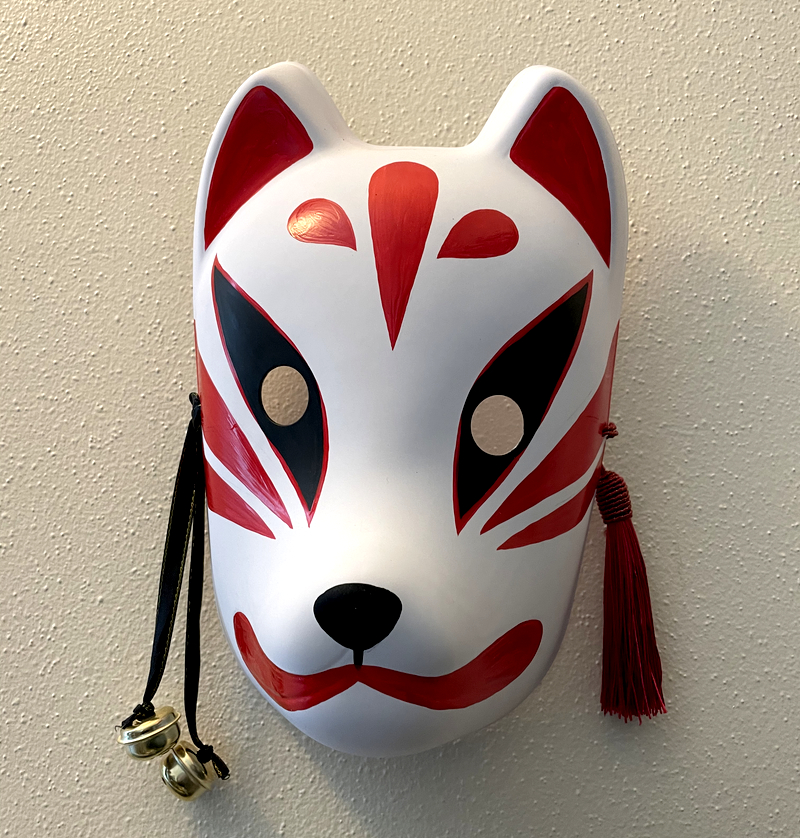 This kitsune mask has been on my 'wishlist' for a long time. This is what Umeji's mask that he had as a kid would look like. I finally broke down and bought it for myself.

Watching the Mad Dog Korean drama is my reward for completing my tasks. I just finished with episode 5. The characters are great. But the young con artist, Kim Min Joon, and his arrogance are most entertaining!

Monday is the start of my blog book tour!

Want a Deeper Behind the Scenes Look?

Then click to join the group below for access. (You need a free World Anvil account.)
This group is for those who want to know the nitty gritty of the publishing side.