It's time for ADVENTURE! Flex those one-shot muscles, and prepare for some epic encounters in your world!

"Games give you a chance to excel, and if you're playing in good company you don't even mind if you lose because you had the enjoyment of the company during the course of the game.“
— Gary Gygax


This month, we challenge you to write a One-Shot RPG adventure!   Your world is full of infinite adventures just waiting to be written; characters to save, treasures to discover, injustices to right! For this challenge, create a short, one-shot RPG adventure from just one of these quests.   As always, your adventure can be in any genre or setting, with any sort of objectives or locales to explore. It can also be in any RPG system you choose! You'll need to use the plot template to write this one!   There are no special rules in this challenge, although it might be a good idea to include some battle maps and read-aloud excerpts for your GM! 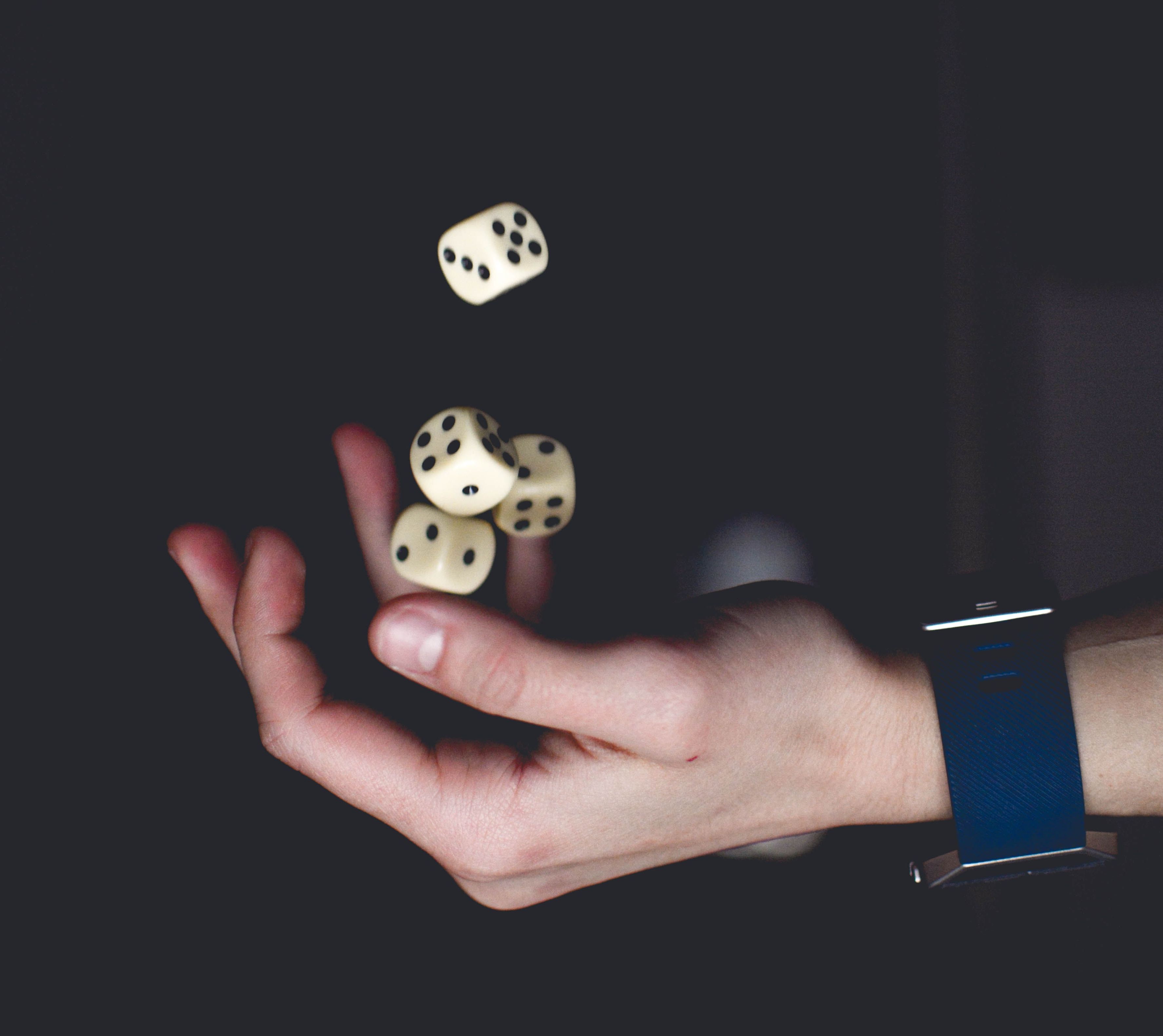 You can also use Adventure April as a Camp NaNoWriMo goal! Check out our blog post for more goal ideas. 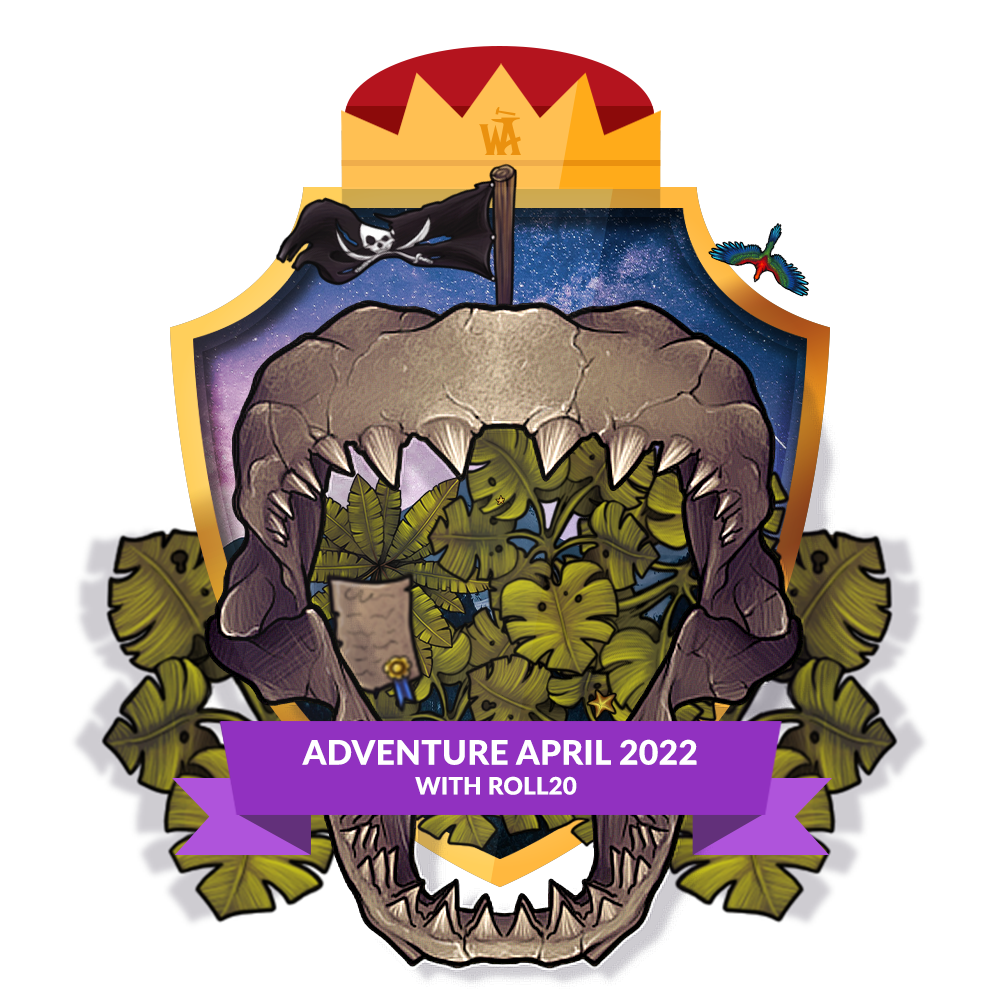 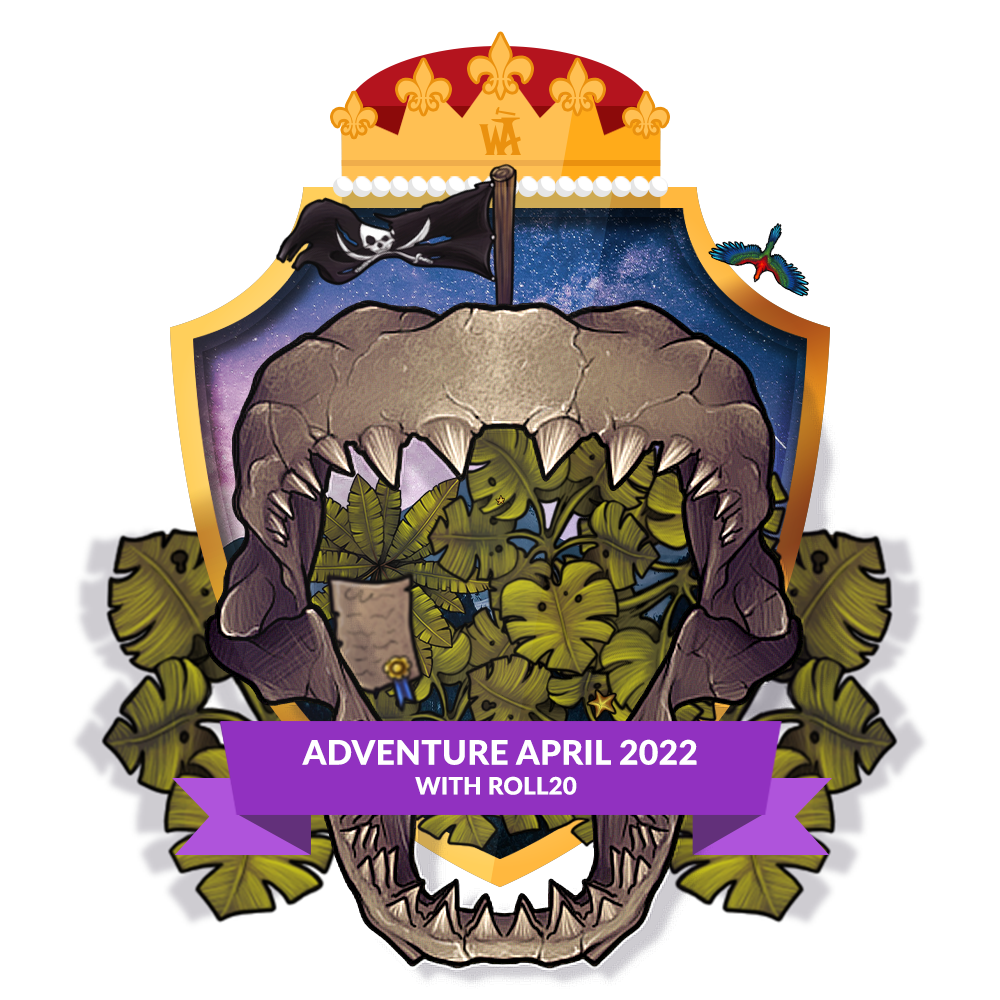 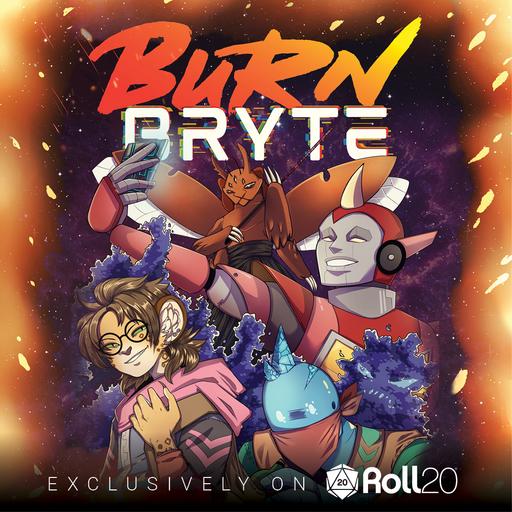 Thanks to our wonderful partners in this challenge, Roll20:

In addition, all participants will receive the challenge participation badge. The winners will receive an extra shiny badge, have their article featured, and will be shouted out on the weekly World Anvil update stream. Winners also receive a live article read on the World Anvil Community Livestream by Janet and Dimitris!

Premier League Features
Every week following the winners announcement, a Premier League entrant who made the shortlist will be featured on World Anvil at the beginning of the week!

It's time to sharpen your blades, and gather the party - we're going on an adventure... Your adventure, to be precise! We've partnered with Roll20 to challenge YOU to create a fantastic one-shot quest in your world!   To take part, all you'll need is a World Anvil account (they're free!). Then, create a new plot template article in your world to write your article. There is no special rules for this challenge, although we recommend some monsters (with stat blocks), alouds for the GM, and maybe battle maps! You can use any TTRPG system you like, or keep it system neutral.   Remember, your one-shot adventure will just be one article, so use headers and read-aloud quotes to create divisions. One-shots are designed to be a single, short session, so make sure your adventure is quick and self-contained.   If you're looking for more inspiration, make sure to check out the resources section! 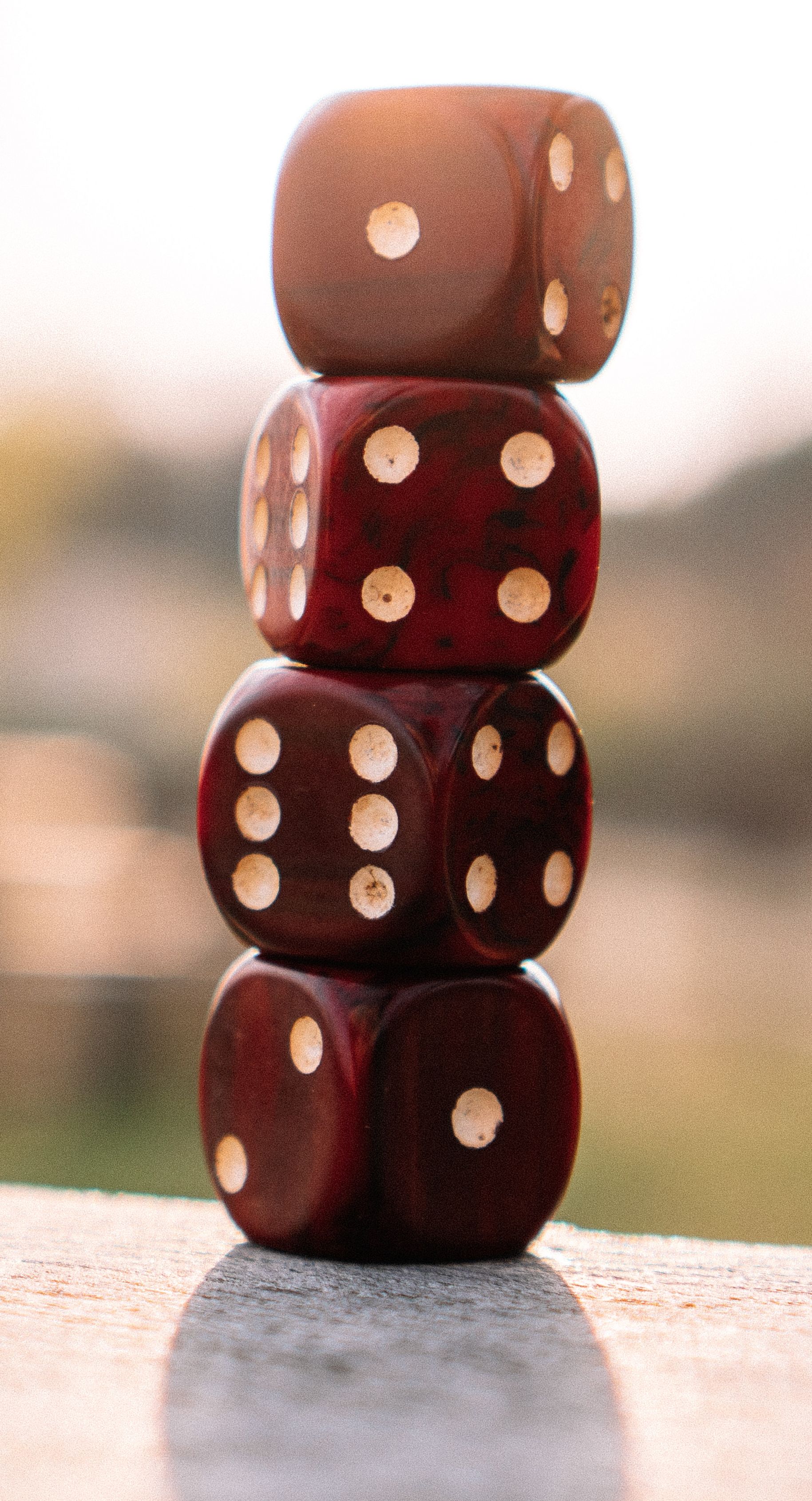 What to include in your article

Story is the most important place to start with when crafting your one-shot - after all, a one-shot is an interactive story in your world! It's helpful to think player-first when you're crafting your stories, and have a clear goal you want the players to strive for. This creates a clear resolution for your oneshot (rather than leaving it open ended), and keeps things short.

Here are just a few story ideas to get your started for your one-shot! The players are...

Remember to consider how you're going to hook your players into the story line. There's a bit more buy in with one-shots than with open-world adventures, but the plot hook has to be really clear, or your players will miss it.   And while you're at it, why not throw in some stakes, too? It might be as simple as life-or-death, as dramatic as the destruction of a town, or as pressing as a rising political coup. But it has to be clear what may happen to the players, or those around them, if they fail.

A story without conflict is no story at all! What trials will your party face on the way? The specifics of challenges are strongly related to your genre, locations and story-type; but in general, try to mix it up between combat, social encounters, puzzles and exploration. You'll probably want to create some interesting monsters and NPCs for these, too!

One-shots are a great excuse to create some juicy locations! For combat, pick places which will offer interesting challenges (maybe the floor is lava) and tactical advantages ("I have the high ground!"). For all locations, but especially social scenes and exploration, create spaces which dig into your genre and mood: grim-dark cyberpunk bars, taverns glistening with magical light, or a unicorn grove fluttering with fairies. Make it your own! You don't need a tonne of details here - flavour is the most important thing.

This is the culmination of your adventure, and often the last barrier standing between the party and success! It's traditional to fight the big bad, in which case, introduce some interesting swarms or mooks, or other battlefield conditions, to make the fight memorable. But your climax doesn't have to be combat - you might have a dance off, play chess with death, or have an epic rap battle! And that's the key - whatever it is, it should feel epic!

Firstly, all competitors will need a World Anvil account (don’t worry, it’s free!) to get started. Once you’ve logged in and created your first world, you’re ready to enter the competition.   Write your entry using the Plot template on World Anvil.   Once you've finished your entry and are ready to submit, make sure that your article is not a draft (i.e. published) and public (not private) and then click the button on the right-hand side to submit it to the challenge.

A shortlist of the top twenty entries (as ranked by community likes - ten from each league) will be compiled by the Master of Games. The Judges will choose the winner. The winner will be announced by the World Anvil Team on Saturday 21st of May on a World Anvil community stream.   Entries will be judged on a number of criteria, including originality, presentation, and thoroughness.


For any further questions or clarifications about this challenge, message the Community Team (@Community Team) on the World Anvil Discord!

Because community likes are an important metric in the competition, competitors may wish to share their entries on social media to garner more interest from the community.
Posts tagged with #AdventureApril which mention @WorldAnvil may be shared by World Anvil's official social media accounts!

Looking for inspiration or seeking some ideas? Make sure to stop by the World Anvil Discord for worldbuilding conversation and inspiration!

The Cleaveriver Treasure and Dragon: Part One

Road through the mountains

One Shot: Stone of the Elder

Introduction to the Encyclopedia

Welcome to the Islands- The Setting

The Great Fire of Aurelia

Siris, God of Knowledge and the Arcane

Clear the Ruins of Slandpre

Exhibition at the Vollan Rue

To find a Dwarf

Where are my memories? An Adventure in Bluetspur

Why Adjustable Height Workstations are a healthy a...

One-Shot Adventure: The Stews Must Survive

The History of the Draconic Bloodline

The Show Must Go On!

The staff of two

One-Shot: Monsters in the Dark

What ingredients are there in the product of Apple...

Temple of the moon

Hole of the Exiled

Cosmology - The Birth of a World

One Night in Petropavlovsk

Missing Children And The Laughing Closet

Where Is My Alligator?

Adventure to the tomb of a shadow lord

Pilot: The Space Between

To Marry a Necromancer

The Pit of Curses Boils Over

A Night at Krenshiw Manor

Search for the Missing Research Vessel

Cult of the Sun

What is freelancing, who is a freelancer?

History of Sunder as per Man

Rumble In The Jungle

Race to the Ruins

Secrets in the swamp

Adventure: The Siege of Bleakburn Mill

The law of beginings

Experimental Adventure: Prequel to Cataclysm - The...

Welcome to Dream of a Thousand Cranes

Lights in the Night

Lost in the Woods

A Night at the Gala: A Beckettville One Shot

THE MIDDLE OF EARTH

Cult of the Sun Lion oneshot

The Void of Space

the story of hell

The Creation Myth of the Universe

The Town of BlackStone

War of the Low Lands

The Town of Bastion

Introduction to the Encyclopedia