It's a new year and it's time for a new challenge! Let's start off strong with everyone's favorite template, Characters! Specifically, tell us of a character seen as a Hero in your world! So strike your best heroic pose and let's start off 2021 with some EPIC worldbuilding!

"I think a hero is any person really intent on making this a better place for all people." - Maya Angelou
Heroes. A classic concept that has followed humanity since its very inception. There have always been people who others look up to, or those who make themselves stand out admist their peers. They can come from any walk of life, but their journey leaves lasting impressions that could last a few months or through the entirety of time. It is time to regale us with a Hero of your world!   We have teamed up with Hero Forge, a fantastic site for getting your Heros immortalized as figurines, and we want to hear about a Hero that made their mark in your world! They could be alive or in the past, they could be known only as a rumor, or cemented as a legend in the annals of history. They could be reknown for combat, political dealings, revolutionizing an idea or technology, or anything else!   The only extra bit needed to make you eligible for the win is to have a character portrait made in Hero Forge! Which you can find here! 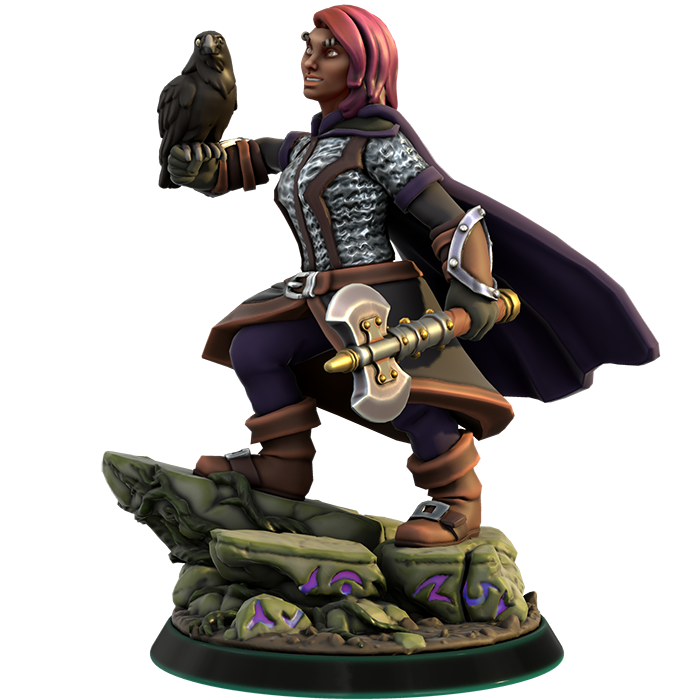 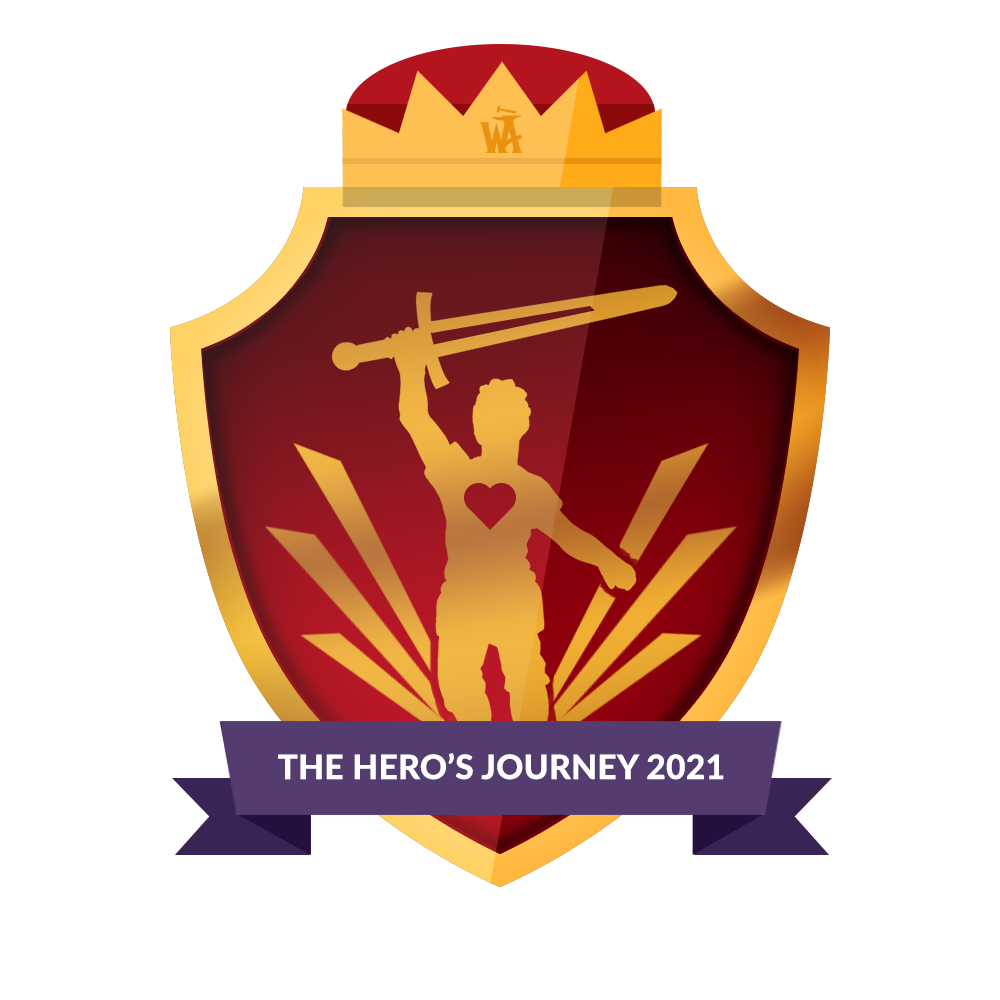 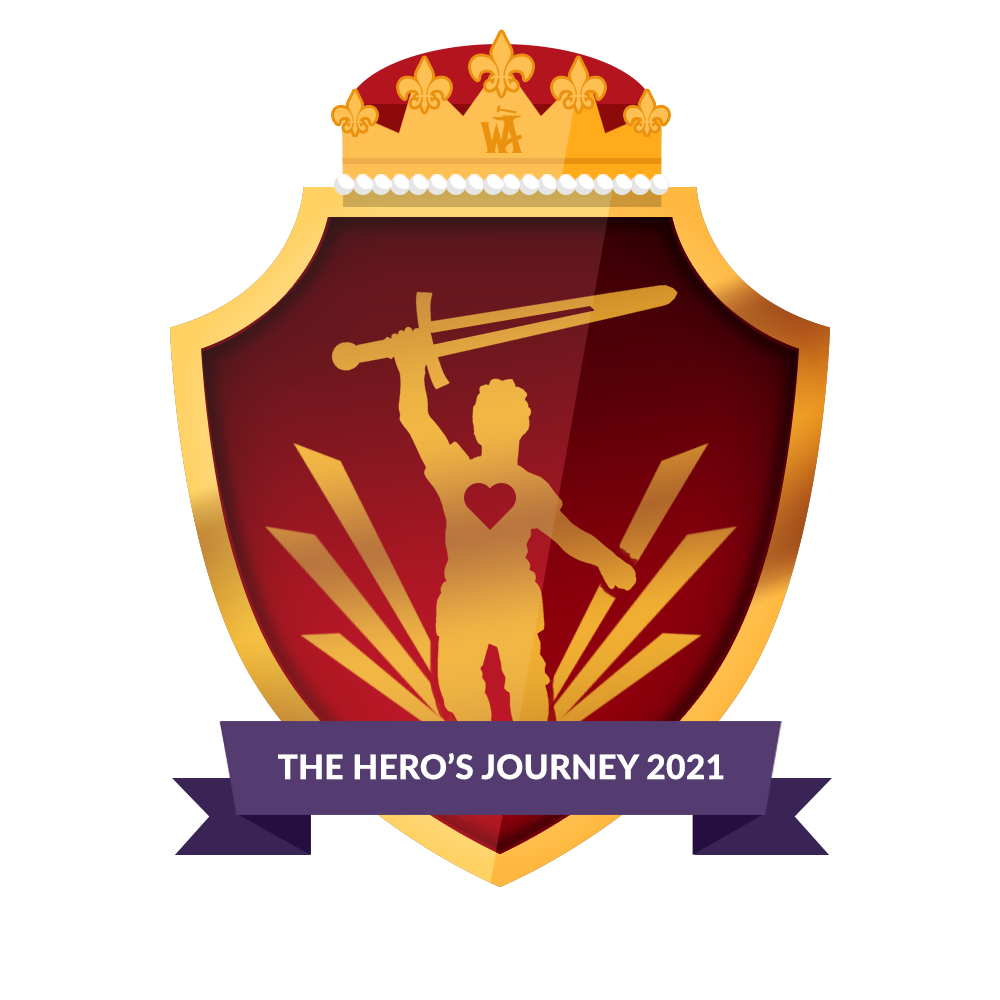 The Winners of the Premier and Regular league will be receiving a bronze print of their statue from Hero Forge! An impressive prize valued at over 100 dollars!

All participants will receive the challenge participation badge. The winner will receive an extra shiny badge, have their article featured, and will be shouted out on the weekly World Anvil update stream and on the official World Anvil social media accounts.
World Building Magazine Feature!
In Addition to the amazing prizes already on the table, the winners of the leagues will have a chance to be featured in the Worldbuilding Magazine! This not only includes having your work published, but also the ability to have your work edited by the professional folks at WBM!   Premier League Features
Every week following the adjudication, a Premier League entrant who made the shortlist will be featured on World Anvil for a week! We'll shout out and showcase these fantastic entries on the weekly update stream!

Hero Forge and Worldanvil want to hear about a Hero that is in your world, what they are famous for, and how they came to be!   First thing to get done is to make your Character template article on World Anvil. Write all about your hero, where they came from, what they did, and how people remember them. Add some quotes! Maybe even a short narrative if you are feeling extra-inspired! What these heros could have done is up to you, perhaps they were the leader of a great expedition? Or brought a life-saving technology to a civilization? Did they slay a great ceature? Or maybe they did nothing and got recognition out of a silly set of events? It's all up to you!   Then we'd love to see a portrait made in Hero Forge! Hero Forge has a ton of options for all sorts of races, outfits, accesories, and poses! Take a screenshot of your creation and use it as your character portrait!   Make sure to use that Hero Forge portrait! It'll bring your character to life, and the winners will be getting a free bronze print of their hero on Hero Forge!

What to include in your article

Every Hero has a backstory, a place they were raised. It may be mundane, or just as exciting as their rise to heroism. Where did your Hero come from? What sort of bring up did they have? This might be a good time to explore how they came to recognize the issues they were destined to face.

There is a time where a Hero shines, a legend they are known for, a feat they accomplished. What was this feat? How did they pull it off? Did they have help or was it something they had to tackle themselves? Keep to the facts here!

This is where we can explore the legacy your Hero left. How did people react to their adventures when they came back? How did their story spread? Was it exaggerated or downplayed? Did anyone believe the Hero to be a villain?

Firstly, all competitors will need a World Anvil account (don’t worry, it’s free!) to get started. Once you’ve logged in and created your first world, you’re ready to enter the competition.   Write your entry using the Character template on World Anvil.   Once you have finished your entry and are ready to submit it, make sure that your article is not a draft and then click on the button on the right-hand side to submit it to the challenge.

A shortlist of the top twenty entries (as organized by community likes and ten from each league) will be compiled by the Master of Games. The Judges will choose the winner. The winner will be announced by the World Anvil Team on the following weekly update stream.   Entries will be judged on a number of criteria, including originality, presentation, and thoroughness.   Any work you submit, as long as it was owned by you originally, is still owned by you even if you win!


For any further questions or clarifications about this challenge, message the Master of Games, Barron, on the World Anvil Discord!

The folks at Hero Forge will be judging both Premier and Regular Leagues for this challenge!

Because community likes are an important part of the competition, competitors may wish to share their entries on social media to garner more interest from the community. Entries which are tagged with #WAHeroes and mention WorldAnvil might get shared by World Anvil social media!

Make sure to check out our codex article about using images!

All about images and how to use them on World Anvil.

And here is a codex article all about using BBCode

Using BBCode to format your text and layout

Check out these youtube videos made just to help inspire your heros!

Looking for inspiration or seeking some ideas? Make sure to stop by the World Anvil Discord for worldbuilding conversation and inspiration!

January's Competition will be open on the 9th of January at 1700 London Time and closed on February 13th at 23:59 London Time. The Shortlist will be compiled on 20th of February!

Hiraeth Redbrace, Paladin of the Crown

The Beginning of the End

Nasuha "Explorer of the Skies"

THE KRATOM AND CANNABIS CONNECTIONS

by J B Dorman

The Small History of a Very Large world Vol 1&2

Vecirr, Wolf of the Gods

The Sentinel of the North

by Hiccup Haddock the Third

Dinastia, Soul of the Coast

Dukom Bozi: The Hero of The End

by WEASEL OF ROME

The Story of Wilfric the Brave