In the world of Liminal Chronicles 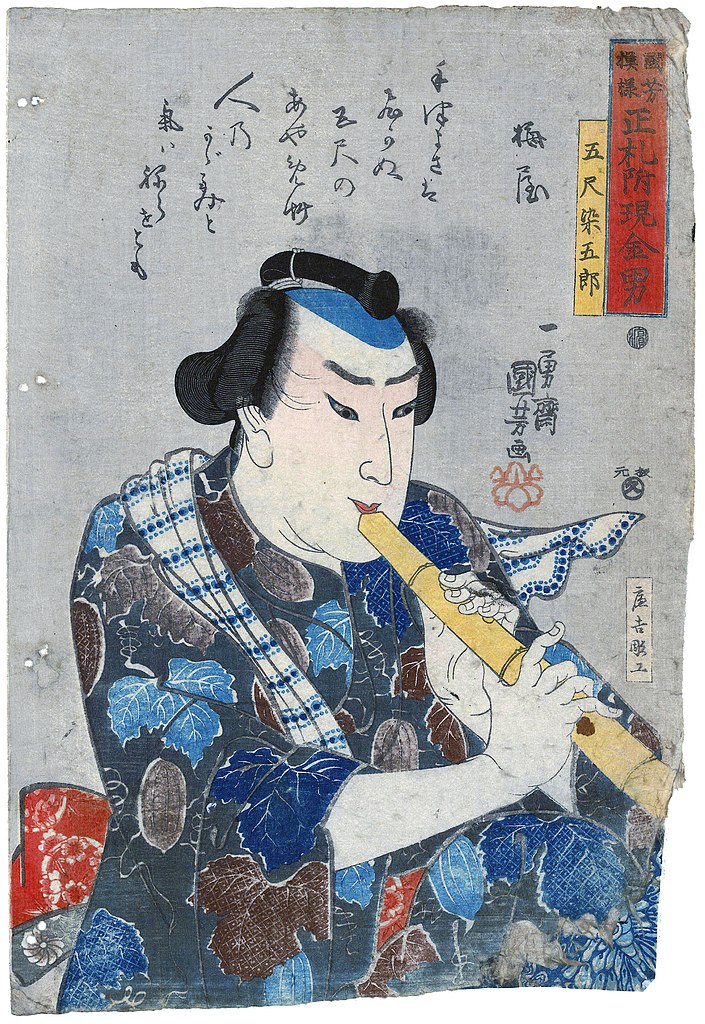 Until we hit several years of bad harvests, my family's farm prospered. The province's aging daimyou, the feudal lord, brooked no excuses when it came to tax payments. Father sold off item after item to avoid having to do anything more drastic. But our debt kept growing. Since I was the lowly third son, would they be forced to sell me off or give me to a temple?

I couldn't let either of those things happen. To earn a few coins, I started wandering into town, playing a shakuhachi flute my uncle helped me make.

As my talent grew, so did my popularity and income. At fifteen, I requested permission to travel from our district lord. My appeal caught the attention of the new daimyou, Yamagata Naritada,who served east of the capital. He invited me to play in his court. I was ecstatic at first. The pay was good and men and women vied for my attention, asking me to visit their quarters at night, much to the dismay of Bessho, the music master.

Bessho plotted to oust me, but a lady who fancied me caught wind of his plan and helped me foil it. Do not ask who she was. I shall not reveal her name.

It didn't take long to grow bored with playing for the petty, squabbling nobles who treated me like property. I longed for the freedom to learn more and become a shakuhachi master, which would never happen here.

It took me seven years to pay off my family's debt. After that, I reached a deal with Yamagata and left the court to travel like I'd originally planned. If I could learn more songs and techniques, I'd be happy to stop in Kyoto and play for his court again.

Every yen I earned had gone toward my family's debt. It was hard starting out with no money, playing to earn my food and begging to learn every new style I came across. But I picked up new techniques quickly.

One master, Okuni-sensei, taught me to read the music for shakuhachi and how to infuse my music with a version of kotodama, the magic of the word. Written music was a strange system and breaking through to use magic was tough. I stayed with Okuni-sensei for several years, the longest I studied under anyone, because he challenged me. This may sound like bragging, but it's the truth. I surpassed all my other masters with little effort. Okuni-sensei said I lacked one thing, heart in my music. I needed to share my talent. So he released me back into the world.

Over the years, I visited every prefecture in Japan, learning each regional style to adapt and combine them. Every nuance was something new to add to my performances. The crowds grew with my reputation. Posters at town squares would announce my eminent arrival. Though I will admit, a small part of my reputation was selfish. One woman who welcomed me to her bed bragged that she dodged her father's order to stay away. While she tried to keep contact, there was always another in the next town.

My music mattered most.